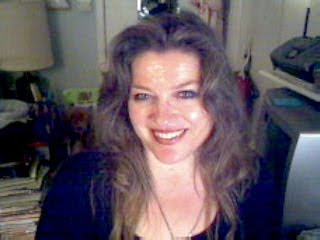 Nine years ago, while watching the Travel Channel, I stumbled on a program called "Weird Wheels". It was basically about people who create art cars and many of the cars profiled were filmed at an event known as "Burning Man". The program gave a brief description of the event and I was instantly fascinated. Burning Man, for the uninitiated, is a "hedonistic art happening" in the desert of northwestern Nevada. In the vast nothingness, a city of 10,000+ people is built...Black Rock City. There are no facilities, only desert. The inhabitants live off of whatever they can carry in. The atmosphere is artistic and irreverently bohemian....tribal. At the end of a long week of performance, art installations, activities and survival, the gigantic wooden Man that presides over the week's events is ceremonially burnt...a sacrament to the continuation of the tribe. Then, in respect for the place that hosted this week of frivolity, all trace is removed and the site is left as pristine as it was found.

Over the years, I've toyed with the idea of going, but have always been held back by obligations, money or just the fear of how I'll survive out in the desert with no facilities. I'm asthmatic and prone to heat exhaustion which seems like enough reason to stay home, but I'm also determined and a little crazy. I'm 50 years old, a survivor with grown children, mature responsibilities and a hunger for adventure. It is my time. So, together with my friend, Playa Lit, I've taken the plunge and bought my $300 ticket. I'm headed to the Playa on a wing and a prayer using the best laid plans an overly analytical Capricorn can devise.

I'm Starwindangel. Let the wild rumpus begin!!
Posted by Angie Stardust at 11:40 AM