Elementary School and the YaYa Sisterhood 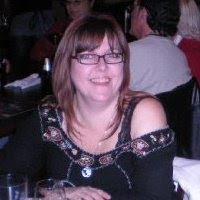 This is Playa Lit. She'll be posting here, too, as soon as we both figure out how to have two authors. She's the other "Ya-Ya" and someone that I've known since elementary school. We weren't close when we were in school, but we were part of a group of students that clung together in their combined "geekitude". Yes, we were in orchestra. Playa Lit is a violist. I'm a violinist. We both dabble in other stringed things and both of us can usually figure out anything musical if given a few minutes. She pointed out once that, if there had been Goths back when we were in high school, we would have been Hot Topic junkies. I don't know how Goth I would've been, but I would have been *so* dressed in those Hot Topic corsets. If I weren't 50 and afraid of becoming a caricature, I'd be wearing them *now*. PL pulls it off, so she's a Hot Topic chick, albeit on a more subdued level than her teenage counterparts.

Playa Lit is the reason I refer to us as Ya-Yas. She announced a couple of weeks ago that we were turning into Ya-Yas. Since I'd never seen the movie or read the book (still haven't), I needed an explanation of exactly what I was turning into, which she quickly snatched out of the air, "Singular, survivor, free spirited, loyal, southern and bit scarred & twisted. What my granny called characters. "

Groovy. I didn't think I had quite made it to character status yet, but I can deal with this. Fortunately, I have not yet "dropped my basket", although some may think so now that it's common knowledge that Burning Man is on the schedule and written in ink.